Book cheap business class flights to Belgium for unsurpassed comfort on your journey to Europe. Belgium is a land with distinctive Flemish Renaissance architecture, medieval towns that transport you back in time, and two multilingual regions. To the south is French-speaking Wallonia and to the north is Dutch-speaking Flanders. The capital of Belgium, Brussels, is bilingual. Three of the largest cities in Belgium are Brussels, Antwerp, and Liege, and each has plenty of attractions that make them world-class destinations.

Take a visit to Brussels

Many diplomats take flights to Belgium in order to go Brussels, which is the capital of the European Union and the principal seat of the Belgian Royal Family. The size of the city is small, and it is the best place to get a taste of true Belgian life. Other cities in the nation are touristier, but Brussels also has its appealing attractions. Many people travel to Brussels Airport (BRU) to visit Grand Place. Much of the wonderful character in the main plaza of the city is in the pilasters, balustrades, ornately carved stonework, lush gold decoration, and superb gables on Gildehuizen or guild houses. Most of these architectural beauties were built around 1699 in the Baroque style, combined with Flemish influences. Grand Place itself, however, dates back to at least the late 1300s. Hotel deVille, built in 1402, is the building that is most-recognized among travelers who arrive on cheap flights to Belgium. 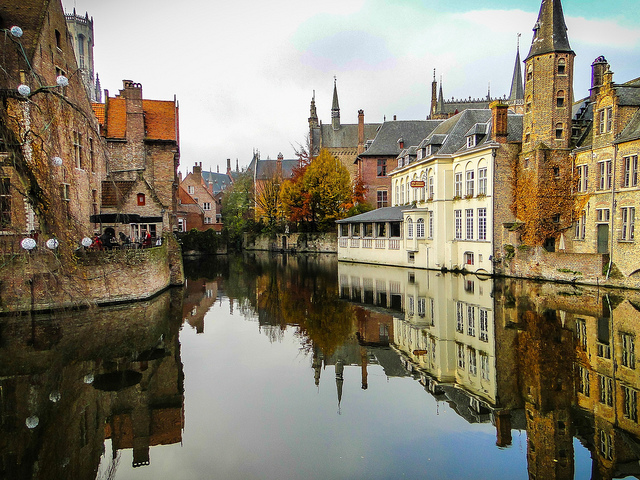 The third largest town in Belgium is Liège, and it is the destination of countless visitors who travel first class to Belgium and Liège Airport (LGG). The city has a strong industrial heritage, and there are numerous world-class churches and museums that tourists are careful to include on their itineraries. Church of Saint-Barthélemy, built in the 11th and 12th centuries, features two towers that are characteristic of architecture widely admired on Romanesque churches. The most highly valued treasure in the church is a bronze font cast made between 1107 and 1118 by Renier de Huy. Strolling along the banks of the Meuse River is a favorite activity in Liège, and there are numerous historic sites along the way.

Countless visitors who travel to Belgium arrive at Antwerp Airport (ANR). Antwerp is the cultural capital of Flanders and a vibrant city once home to numerous famous artists, including Jordaens, van Dyck, and Rubens. There are numerous historical buildings and world-class museums. For example, the Cathedral of Our Lady is the largest Gothic church in Belgium. Construction on the magnificent structure began in 1352 and continuing through 1521. The troubled history of the church included fires and treasures lost in war. The finest art pieces that remained are on display.

Book your cheap first class airfare to Belgium with Fly World Class and our travel experts, who provide unsurpassed customer service. Whether you touch down at ANR, BRU, LGG, or another European airport, you can depend upon a luxurious flight in which you are rested and ready to enjoy the best of Belgium.