To ensure luxurious travel, book cheap business class tickets to New York City with Fly World Class. The Big Apple is a vibrant city packed with excitement and thrilling experiences for everyone. Of course, Ellis Island and the Statue of Liberty are among the world-renowned landmarks to be experienced in NYC. 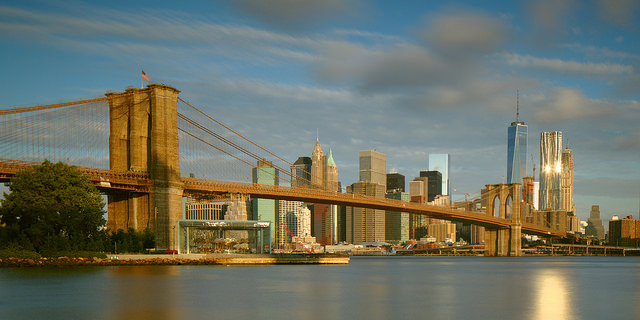 Of all the major attractions in the city, Ellis Island is must-see for many who travel to New York. Over 12 million immigrants entered the U.S. through this famous portal within the Statue of Liberty’s shadow. Originally a 3.3-acre island, it has been expanded to just over 27 acres, primarily by landfill, including possibly from excess earth that was obtained during excavations for the city’s intricate subway system. Samuel Ellis was the private owner of the island in the 1770s. The island had various names and served different purposes before ultimately becoming an immigration station. Immigration station was burned completely to the ground in June of 1897, and records dating back to 1855 were lost in the fire. The United States Treasury ordered that the facility be rebuilt with the proviso that it must be fireproof. The new structure was opened on 17 December in 1900, receiving 2,251 immigrants on that day.

The Statue of Liberty

No symbol of New York is more recognizable than Lady Liberty herself. The Statue of Liberty is a worldwide symbol of freedom to millions, including countless visitors who travel first class to New York. The idea of the monument was first proposed in 1865 by Edouard de Laboulaye, a Frenchman. Frederic August Bartholdi was commissioned to design a sculpture, just ten years later. The building of the statue was a collaboration between the American and the French people. The Americans built the pedestal and the French were responsible both for the statue and its assembly in the U.S. Lack of funds was an issue on both shores. French methods used to raise funds included a lottery, public fees, and different types of entertainment. Many people who have taken New York business class have marveled at the statue that arrived in 350 separate pieces to the U.S., packed in 214 crates. The dedication of the statue occurred on October 28, 1886, which President Grover Cleveland oversaw.

Many who take 1st class flights to New York make it a point to visit the iconic Empire State Building. The building opened in 1931 and has been a sought-after attraction ever since. The city’s highest lookout point is on the 102nd floor, though a panoramic deck is available on the 86th floor.

The principal memorial which commemorates the 9/11/2011 attacks and 1993 bombing of the World Trade Center is a top destination for countless visitors who travel to New York. Ground Zero is located at the site of the former World Trade Center towers that collapsed after airplanes flew into each of them on that unimaginable morning. The guided tour includes individual stories of heroism and tragedy.

Contact our travel experts at Fly World Class to purchase first class airfare tickets to New York on pleasant, comfortable flights. You can rest assured that you will be relaxed and ready to enjoy the many experiences to be enjoyed in the Big Apple.