Cheap first class flights to Hong Kong booked with Fly World Class provide you with a relaxed journey to one of the most vibrant and densely populated cities in the Orient. Hong Kong has more skyscrapers than any city in the world and has almost twice the number in the city’s nearest rival, New York City. One of the many landmarks in Hong Kong is the Tsing Ma Bridge, the longest road and rail suspension bridge in the world. The tourist attractions mentioned below are far from being the only famous aspects of Hong Kong. For example, writer Noel Coward wrote the following words in reference to the Noon Day Gun in Causeway Bay which has been fired at the stroke of midday daily since Colonial times: “Only mad dogs and Englishmen go out in the midday sun.” And one more interesting fact: Hong Kong, nicknamed the Pearl of the Orient, was regarded the best destination for leisure visitors and meetings in the world in 2012. 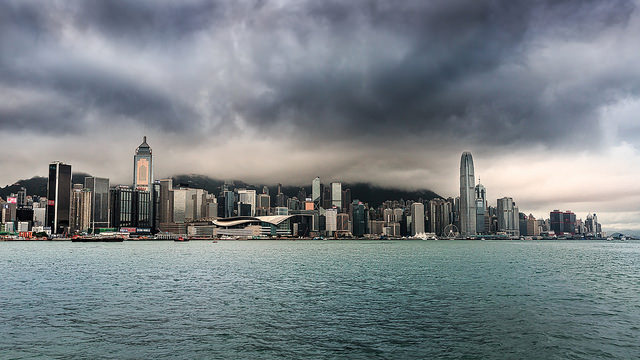 On the itineraries of many who travel to Hong Kong is a visit to Ocean Park, a marine life theme park. There are numerous animal exhibits, thrilling rides, and entertaining shows. The park offers a world-class experience. Ocean Theater is among the most popular attractions at the park. The open-air theater features sea lions, dolphins, and much more that delights daily crowds. Among the thrilling rides at the park is the Abyss Turbo, which drops from a tower 185 feet high. One of the roller coasters is the longest in Hong Kong, and it travels as fast as 48 miles per hour. Thrill Mountain is host to numerous exhilarating rides and has a fun carnival atmosphere.

First class to Hong Kong is your ticket to many fascinating historic landmarks in the Pearl of the Orient. One of the most famous is Wong Tai Sin Temple. The popular temple, built in the 1920s, is dedicated to Buddhism, Confucianism, Taoism, and other Chinese religions. Hundreds of fortune tellers frequent the temple as well as worshippers of Wong Tai Sin. The temple was built at its location because Leung Renyan, a local merchant, said Wong Tai Sin told him to, in 1921. The temple is centrally located, just 3,600 paces from the Kowloon pier and also about 600 feet from a busy train station.

If you’re going to be especially busy after your flight to Hong Kong, there is one place you want to be sure you include on your itinerary. Many people believe The Peak is the top can’t-miss attraction in Hong Kong. The Peak Tram, built in 1888, at its steepest point has a 27-degree angle, and it has the antique feel reflective of the time in which it was built. Peak Tower is at the summit of the breathtaking view. In addition to looking at the far-reaching, awe-inspiring sights, you can hike on leisurely nature trails, enjoying a 360-degree view of the city.

As you anticipate your visit to the Pearl of the Orient, enjoy the outstanding service provided by our friendly travel experts at Fly World Class. We book first class fights to Hong Kong as well as business class airfare.