When booking business class flights to Shanghai with Fly World Class, you will have a comfortable, relaxing flight to your world-class destination. Shanghai is the largest city in China and has many popular sightseeing attractions. In addition to the sites highlighted below, the Shanghai Museum is a favorite place for visitors as well as many of the estimated 23.9 million who live in Shanghai. The museum features a wide variety of articles of interest, including furnishings and coins from the Ming and Qing periods, which stretched from 1368 through 1912. Nanjing Road is the principal place to shop in Shanghai. It is several miles long and was built in the 19th century. For anyone who loves to shop, Nanjing Road is a can’t-miss destination.

Traveling first class to Shanghai is your ticket to unforgettable attractions, such as The Bund, also known as Shanghai’s Promenade. The Bund makes every list of top attractions in the city. The Bund is a walkway on the western bank of the Huangpu River, with a view of the Lujiazui development district on the opposite side. The architecture along The Bund has been honored as a “World Architectural Fair.” The styles include Roman, Baroque, Classical, Renaissance, Gothic, Chinese, and Western. 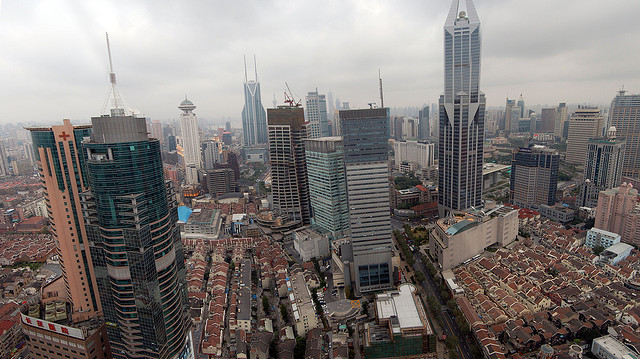 Yuyuan Garden was established by a mandarin named Pan yunduan during the Ming dynasty over 400 years ago. He had formerly been the governor of Sichuan, and he built the gardens for the pleasure and happiness of his parents and other relatives. There is a lot of history in the garden, which has been proclaimed the best garden in China. In 1853, it was the headquarters of a small-sword group uprising. Many of the daggers used during that period are now on display in the spring hall of the popular attraction. The Yuyuan Garden eventually underwent a large-scale restoration and was formally opened to the public for the first time in 1961. Itineraries for those who travel to Shanghai should always include a visit to the garden, for anyone with the extra time.

Shanghai is home to one of the most famous Buddha religious temples in the world, the Jade Buddha Monastery. Many who travel Shanghai make it a point to visit, particularly during the Chinese New Year. The monastery was initially built in 1882, and it was given its name because of the two jade Buddhist statues at the site. One is seated and the other is a reclining Buddha. The white jade is sparkling and crystal clear. There is also an amazing porcelain collection of sitting, carved Buddha statues.

The Oriental Pearl Radio & TV Tower is a piece of architecture that is worth admiring when traveling to Shanghai. It faces the Bund, has eleven steel spheres of different sizes hanging from top to bottom. It’s the 4th highest tower in Asia. There are many other admirable features, such as a transparent elevator, that makes it a good place to visit.

Book first class airfare tickets to Shanghai with our experienced travel experts at Fly World Class. Your relaxing trip to China will prepare you to enjoy the vibrant, bustling city so rich with history.