Business class flights to Sydney booked with Fly World Class will transport you in relaxation and comfort to the Land Down Under. Sydney is the capital of New South Wales, Australia, and home of the iconic Sydney Opera House, the most recognizable manmade landmark on the continent. There are endless adventures to be had right there in Sydney or as a starting point for nearby world-famous attractions. When arriving in Sydney, plan to visit Quay, a restaurant and top attraction. The cuisine is adventurous and exquisitely crafted, which has a lot to do with Quay being listed on the World’s Best Restaurants list. The incredible view rivals the food. The options of where to go for your next delight are numerous, and there is something for everyone. 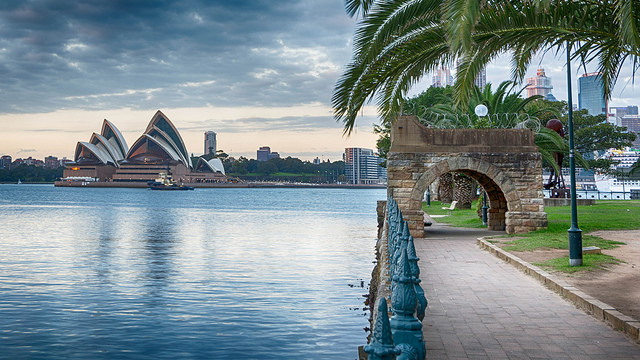 One can’t-miss itinerary item that many people add when traveling to Sydney is a visit to Bondi Beach, one of the world’s great beaches. Surfers are rarely disappointed because waves are consistently great for surfing. At the edges of either end of this one-of-a-kind Pacific Ocean beach with beautiful but angry waves are saltwater sea baths that are considered perfectly child-friendly. The Bondi Pavilion makes a visit to the beach convenient; it has lockers and changing rooms. You can also enjoy gelato and/or stop at one of the ice cream vendors that frequent the beach. Other cafes are also conveniently situated at the beach.

After arriving to Sydney, all that may be needed to work out the kinks of a long flight is a challenging stroll. Why not visit iconic Sydney Harbor Bridge, one of the city’s top attractions? Built in 1932, this majestic structure affectionately described as a giant coat hanger crosses the harbor at one of the narrowest points. Experiencing the bridge on foot is really the only way to go, since you don’t get much a view from a car or train. The massive bridge is almost frighteningly large and can be seen from many vantage points all around town. It is, in fact, the heaviest and largest, though not the longest, steel arch in the world. “Day and night, the bridge trembles and echoes like a living thing,” said Kenneth Slessor, Sydney poet.

For those that travel first class to Sydney, they look forward to most is a visit to Glebe, an inner city village in Sydney that attracts bookworms and visitors eager for intellectual conversation and the swapping of lofty ideas. There are plenty of places to shop for bargains, bohemian vintage wear, second-hand records, arts, crafts and much more – often to the sounds of wind chimes and bongos. Glebe is very much a global village, with many inexpensive eateries featuring flavors from around the world, such as Korean, Japanese, Nepalese, and Thai.

Your best adventure begins when you contact our personable travel experts at Fly World Class. When booking your first class airfare ticket to Sydney, Australia with us, you will know that got the best price and will be taken care of.