Contact our travel experts at Fly World Class to book cheap business class flights to Beirut, a dazzling city on the Mediterranean Sea. Its tumultuous past has not dimmed the spirit of the region, which is pulsating with revival. Beirut is the Capital of Lebanon and has an estimated population of about 2 million people. In addition to the attractions below, the city is home to the Cilicia Museum, Maghen Abraham Synagogue, Sursock Museum, and AUB Museum, founded in 1868. 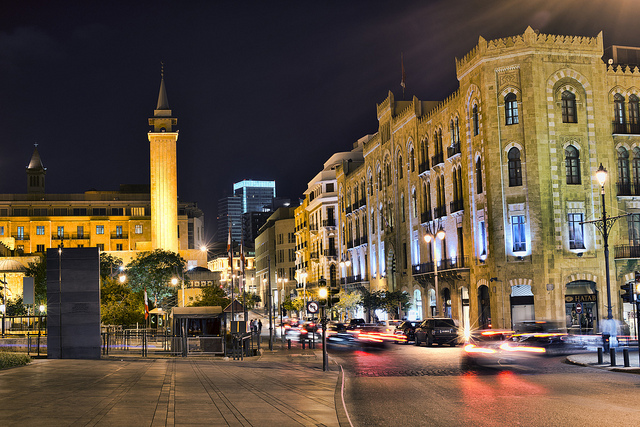 Most of the people who book cheap flights to Beirut and have time to enjoy the best the city has to offer make plans to visit Baalbek, the world’s largest Roman Temple. At this site you can view some of Lebanon’s best-preserved Roman ruins. The history associated with Baalbek is voluminous. It is believed the temple was built during the mid-1st century and completed by 60 A.D.

Another popular destination for travelers who book cheap flights to Beirut is the National Museum of Beirut. The museum is the major cultural institution in the city and is highly recommended for tourists. Among the many highlights of the museum are the 6th-century Phoenician marble statues of baby boys fashioned to thank the gods for protection of children and gilded bronze figurines from Phoenicia, which were found buried close to the Obelisk Temple at Byblos. The history of Lebanon is also on display, including the intriguing story of how the museum’s collections were saved by curators during civil war.

Beirut is not a destination known for natural features, but many who fly on cheap flights to Beirut make it a point to visit Pigeon Rocks, natural rock arches just off shore along the Corniche. The Corniche is a very popular promenade that is usually crowded with pedestrians enjoying the coast. Cliffs with many caves and inlets can be explored, providing adventure-seekers with a great excursion.

A titillating site that signifies the embattled history of Beirut is the much-damaged Holiday Inn. Before the civil war, which took place from 1975 through 1990, the Holiday Inn in Beirut is where many people went for an upscale hotel experience, after arriving on cheap flights to Beirut. But the building was ravaged during the conflict and still stands as a testament to what happened. Many believe it is appropriate that the building remains in a city still haunted by war, perhaps until there can be renovation, since it is still structurally sound.

For architecture buffs on cheap flights to Beirut, no visit to the city would be complete without a stop at the Grand Serail, which is the headquarters of the Prime Minister of Lebanon. Built on a hilltop in downtown Beirut, the historic building has held importance since being built in 1853 for the Ottoman army. The history is also of interest and may be as captivating as the beautiful, embellished arched North gate. Nearby is the Hamidiyyah Clock Tower, another architectural triumph.

When booking cheap first class airfare tickets to Beirut with our travel experts at Fly World Class, you experience the best in customer service. Whether traveling to Beirut for business or pleasure, you can depend on being rested from the journey.