For a luxurious trip to a small land packed with looming historical significance, book cheap flights to Tel Aviv Israel with Fly World Class. Your comfortable journey to the seaside city will leave you feeling rested and ready to enjoy the incredible history that is so alive in this country that is about the size of New Jersey. In Israel, the world-renowned Holy Land, is where countless visitors flock to see Jerusalem, the Garden of Gethsemane, Galilee, and Bethlehem, all places where Jesus walked and/or lived. From Jerusalem’s Mount of Olives, a panoramic view includes the Dome of the Rock, an Islamic mosque, the seven domes of Russian Orthodox Church of Magdalena, and so much more. Jerusalem is built on seven verdant hills that have multiple layers of history from different periods in which Romans dominated the region. 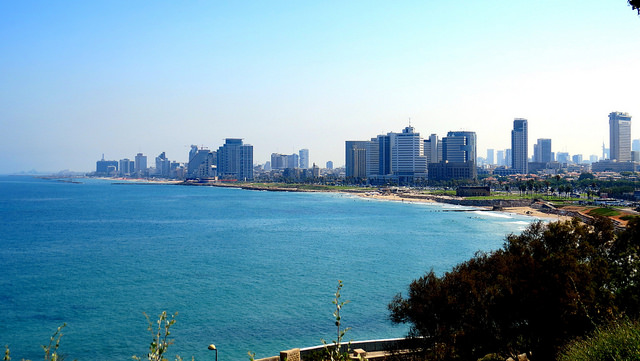 A favorite destination of many people who travel first class to Tel Aviv is the Dead Sea, which has the Earth’s lowest elevation. It is also the deepest hypersaline lake on the planet and has about 34.2% salinity, making it one of the saltiest bodies of water in the world. Because of the salinity, animals cannot flourish, which is why it is named the Dead Sea. The density of the water makes swimming more like floating. Minerals from the Dead Sea are used to create highly sought-after cosmetics as well as herbal sachets.

Museum of the History of Tel Aviv – Jaffa

The beautiful and monumental Museum of the History of Tel Aviv is housed in the city’s first city hall. It was built in 1927 and was closed tight for 40 years before being meticulously restored. The displays include the first mayor’s offices, photographs collected from residents of the city, and much more. History buffs who travel to Tel Aviv frequently include a visit to the museum on their itineraries.

Although many travelers who book cheap flights to Tel Aviv acknowledge that it is an absolute melting pot of cuisines, they also know that Ali Karavan stands out as a restaurant that enjoys near sacred loyalty among locals because of hummus. The favorite cuisine of the region seems to be most appreciated in this hummus spot, having gained popularity among numerous cultures, ethnicities, and culinary allegiances.

Bauhaus Capital of the World

Tel Aviv is also known as the White City, in reference to more than 4,000 buildings built in the unique Bauhaus form, the work of 1930s German Jewish architects who immigrated to the region after the rise of Nazism. No city in the world has as many Bauhaus buildings as White City, and many who schedule cheap flights to Tel Aviv are captivated by the unique and compelling architecture. In 2003, White City was proclaimed a World Culture heritage site and a remarkable example of architecture and new town planning in the early part of the 20th century.

Book first class airfare tickets to Tel Aviv with our helpful travel experts at Fly World Class. We provide top-notch customer service and ensure a relaxing, pampered journey to Tel Aviv Airport, Israel’s busiest airport, or any of the other airfields in Israel.