Book cheap first class flights to Ireland, which is often named the best place in Europe to do business. Leading companies in the world have made their home in Ireland, including, Microsoft, Dell, and Facebook. The pro-business economic system includes flexible labor laws and a low corporate tax rate. Ireland is also in top rankings of the world’s most friendly nations. Located on an island, Ireland is reached most conveniently via airplane. Among the airfields in Ireland are Dublin Airport (DUB), Shannon Airport (SNN), and Cork Airport (ORK). Among the numerous stunning attractions in Ireland are the steep, rugged Cliffs of Moher, the most visited natural attraction in the island republic. Galway also has much-visited cliffs, and they stretch for almost 5 miles. The Monastic City of Glendalough, settled in the 6th century by St. Kevin, is at once mysterious and mystical. Visitors consider the incredibly preserved site to be an excellent place for exploration and discovery. There are marked nature trails that provide rich history and make for a fascinating visit. 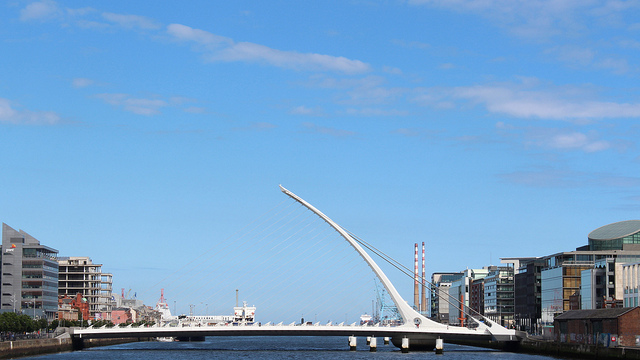 Visitors who book first class to Ireland frequently land at Dublin Airport (DUB) and the capital city, which many consider to be the heart of the nation. The written traditions of Dublin go back to 800 AD, in The Book of Kells, permanently on exhibition at Trinity College. Dublin is a sprawling city with a harbor at the River Liffey; the river divides the city in two. The north-south divide is spanned by several bridges. Grafton Street features a statue of Molly Malone and is the city’s most bustling shopping site. Bewley’s Oriental Café is a Dublin institution that has been in its current location since 1927. A pleasant stroll to nearby St. Stephen’s Green is worth the effort. The park is 22 acres of calm in the midst of hustle-bustle in nearby downtown. Back in 1916, there was bitter combat at the park, but both sides agreed to cease activities while the ducks were fed by the keeper of the park.

Visitors who travel to Ireland via Cork Airport (ORK) arrive in the third largest city in the Irish Republic. During the 7th century, a monastery was established by St. Finbarr on a small marshy tract, where stands a massive Anglican cathedral in French Early Gothic style named St. Fin Barre’s Cathedral, a place of Christian worship since it was built. Cork has survived Viking raids, forced English occupation, and Civil War. Locals frequently and unabashedly declare that the real capital of Ireland is Cork. Blackrock Castle Observatory is a can’t-miss restored castle built in 1828 open to visitors every day.

Book cheap first class flights to Ireland with our travel experts at Fly World Class for unsurpassed customer service and travel luxury. You will arrive rested and ready to see the beautiful nation of Ireland, whether you arrive at Dublin Airport (DUB), Cork Airport (ORK), or any of the other airfields on the island.