Book your cheap business class flights to Seoul with Fly World Class, to ensure a well-appointed journey to South Korea. Five neighborhoods in Seoul’s 25 districts are focused on culture and tourism. The most international as well as most Americanized area is Itaewon, where the English language is widely spoken. The teeming city lights up at night with hyper-modern skyscrapers. Here, sites such as palaces and Buddhist temples are met with street markets and pop culture.

The Mongchon Earthen Fortress is a designated historic site that history buffs who travel to Korea will love. The excavation which revealed many ancient artifacts started before Olympic Park was built. The items excavated from the site are on display at the museum within the Mongchontonseong Fortress. The remains reflect an important area of the Baekje Kingdom, which existed from 18 B.C. through 660 A.D. For those who don’t know about the earthen fortress, the area looks like a hilly park. 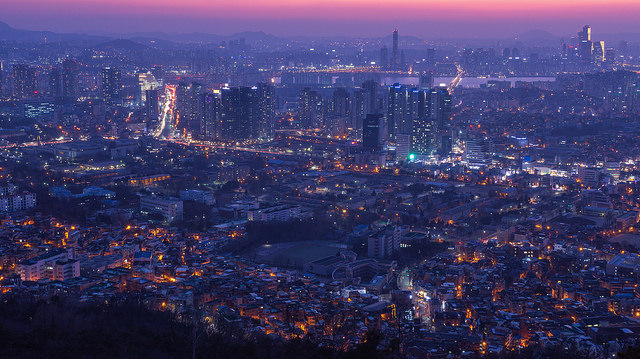 Housed in a building that displays stunning architecture, the Korea Furniture Museum has been a surprise favorite attraction for many people who have traveled first class to Seoul. More than 2,000 samples of traditional Korean furniture are on display as well as ten hanok or traditional Korean houses. This is the most important destination in Seoul for many global designers and curators. Reservations are required to visit this one-of-a-kind museum.

Gyeongbokgung Palace, also commonly called the Northern Palace because of its location in comparison to other palaces, is a favorite destination for many who travel to Seoul. Gyeongbokgung Palace was built in 1395, though it was destroyed by fire during a war that took place in the 1590s. Under the reign of King Gojong, the palace and all of its buildings were restored. Tickets to the palace will also gain you admission to the National Folk Museum and the National Palace Museum.

There are many lounges, clubs, singles bars, dance clubs, and other venues to enjoy an unforgettable night life. There are also many world-class restaurants with a wide variety of cuisines to be enjoyed.

In 2012, South Korean entertainer Psy took the world by storm with the K-pop song “Gangnam Style.” The song was inspired by the Gangnam District, and the music video was shot there. Psy’s hit inspired an international awareness of that area of the city, and it’s the reason many people travel to Seoul. Two buildings seen in the video are part of World Trade Center Seoul – they are the Trade Tower and the ASEM Tower.