Book cheap business class flights to San Francisco with Fly World Class, for unforgettably pampered travel to the City by the Bay. San Francisco has a remarkable skyline, between the Golden Gate Bridge and the blue waters of the San Francisco Bay and the Pacific Ocean. This world-class city offers many delights for people of all interests.

Gaze at shimmering waters as you enjoy the souvenir shops and marvelous fresh seafood restaurants located at Pier 39 and Fisherman’s Wharf. Once known as the Little Italy of San Francisco, Fisherman’s Wharf is an iconic symbol of the city and a place many who travel first class to San Francisco wouldn’t miss. Many fishermen still operate from the wharf, and there are also cruises that depart and return daily. One of the favorite attractions is the Wax Museum and renowned Ghirardelli Square. Visit a WWII submarine, part of the Maritime National Historic Park. In the same general area is Pier 39, where something is always happening.

The priority destination for many who arrive on cheap flights to San Francisco is Alcatraz Island. The Alcatraz penitentiary, as historic as it is notorious, is located on the island. Indisputably one of the most infamous prisons in the U.S., the prison operated for nearly 30 years, from 1963 through 1973. Some of the well-known prisoners who served time there were the Birdman of Alcatraz and gangster Al Capone. A ferry ride transports visitors to the island, while playing an excellent audio recording that provides a peek into life in the prison. Former guards and inmates helped with the narration. Although there were 450 cells that measured 10 feet by 4 feet, there was never at one time more than 250 convicts. The number of staff and guards was often greater than the number of inmates. The prison is a real draw for tourists, and many who travel to San Francisco make to see the prison where the Birdman, who was portrayed in a major motion picture, stayed. 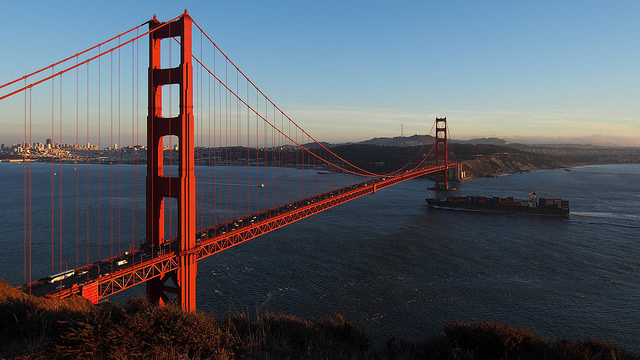 Many people who travel to San Francisco enjoy the beauty and serenity of Golden Gate Park, which is an outstanding green space at the city’s heart, though it is also considered the city’s lungs. There are lovely gardens and museums, cycling paths, greenhouses, walking trails, and more than 5,000 different types of plants. Bike rentals are available, and the service is popular with tourists, who like to be able to explore all that the park has to offer.

For travelers to San Francisco, a day trip to Napa Valley is a must. Napa Valley is one of California’s largest grape-growing areas as well as one of the best known. The region is remarkably scenic. It was founded in 1848 and was named for the long-extinct Napa Indians.

Book your cheap first class flights to San Francisco with the travel experts at Fly World Class. You will be assured a luxurious journey to this world-class city.