Business class flights to Bangkok booked with Fly World Class will provide you with pampered luxury en route to Thailand, the country formerly known as Siam. Bangkok is a bustling city and the third most popular destination for tourists in the world. There is much to see and experience, including the attractions below. 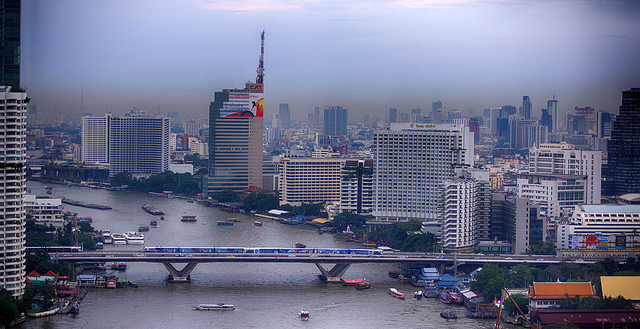 Located in historic Phra Nakhon District, Rattanakosin Island is a favorite destination among visitors who travel on business flights to Bangkok. To the west, it is bordered by the Chao Phraya River and to the east are various canals that were dug in order to serve as moats for the originally fortified city center. Grand Palace and City Pillar Shrine are two of the many historical landmarks on the island. The official residence of Kings of Siam since 1782, the Grand Palace is a beautiful rectangular complex of buildings in the heart of the city. The palace is among the top tourist attractions in Thailand. Throughout the various buildings, there are numerous items of great interest. For instance, the Temple of the famed Emerald Buddha is within the palace walls. It is actually not a Buddhist temple but rather a chapel and living quarter for monks. The Emerald Buddha was placed on the palace grounds in Wat Phra Kaew in the 18th century, when Rama 1 declared Bangkok the Thai capital. There are many other historical stories and sites within the city that inspire visitors to travel first class to Bangkok.

The story behind the discovery of the Golden Buddha is as compelling as the solid gold Buddha itself. The East Asiatic Company bought the land around Wat Traimit in the 1950s. One condition of the agreement was that the plaster statue of Buddha would be removed. The statue was too heavy for the crane that was used to lift it. The figure dropped when the cable broke. As the figure was exposed to rain overnight, plaster washed away. Monks noticed that gold was shining through the plaster. After the plaster was entirely removed, a 5.5-ton solid gold Buddha was revealed. In spite of numerous attempts to discover the origin of the priceless piece, all failed, though it’s assumed that it is from the Sukhothai period, when the country and its treasures were invaded by marauders. At that time, it was common to hide valuable Buddha figures underneath plaster coatings. It is even unknown how the figure got to Bangkok, but it is where visitors from all over the Earth come to admire it.

When you are ready to book first class flights to Bangkok, give our travel experts at Fly World Class a call. You will find that your journey to this beautiful city in Taiwan is as comfortable as it is luxurious.