Luxurious first class flights to Delhi booked with Fly World Class will transport you to the capital city of India in comfort and style. Your flight should leave you feeling refreshed and ready to enjoy the rich culture and history to be experienced in this world-class city. There are old and new influences to excite the interest of every visitor in this metropolis situated on the banks of the Yamuna River. Delhi is the world’s sixth-largest city, with over 12 million residents. In addition to the major attractions listed below, popular sites and experiences to be had in New Delhi include eclectic and succulent cuisine and more incredible ancient dwellings, resplendent museums, and fascinating monuments, not to mention a flourishing arts scene.

The entire world took notice of Mahatma Gandhi and his civil disobedience movement that was an essential factor in India’s struggle to gain independence. A visit to the National Gandhi Museum is on the itineraries of most people who book first class flights to Delhi, including dignitaries and heads of state. Many memorials are in Delhi’s Raj Ghat, and the most popular with tourists is the Gandhi memorial. A black marble platform in the middle of the square marks the place where the national hero was cremated. The museum, which showcases Gandhi’s life and principles, was opened in 1948 not long after he was assassinated. In 1961, the museum was established at Raj Ghat, after being relocated several times. 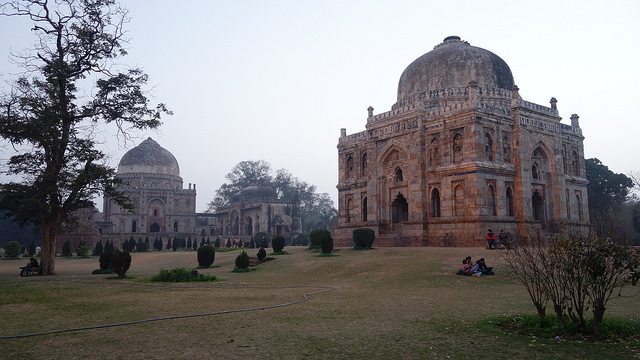 Red Fort was constructed in 1648 as a palace for the fifth Mughal Emperor Shah Jahan. The beautiful structure is named for the massive red sandstone walls that enclose the former palace and is a favorite destination of many travel first class to Delhi. The innovative architecture is said to demonstrate Mughal creativity at its height. There are several pavilions which reflect a mix of Persian and Timurid cultural traditions. The Yamuna River feeds the moats which surround most of the walls.

One of the principal mosques, located in Old Delhi, is Jama Masjid, and it is a destination of many travel to Delhi. Jama Masjid was built of sandstone and marble between the years 1644 and 1658, and it’s the largest mosque in all of India, accommodating approximately 25,000 worshippers. The magnificent architecture is truly captivating. There are four towers, three gateways, and two minarets, along with three marble domes and a large courtyard. Jama Masjid is a top destination for many arriving on flights to New Delhi from around the world.

When you book business class airfare to Delhi with our expert travel professionals at Fly World Class, you start your journey off on the right foot. We specialize in providing the best customer service and ensuring that your first class flights to New Delhi are relaxing and comfortable, with plenty of pampering along the way. We can help with every aspect of your trip, making your enjoyment of the bustling metropolis effortless.