For luxury and pampering on business class flights to Athens for a cheap price, book with Fly World Class. The strong connection with ancient civilization is one of the most compelling aspects of the oldest city in Europe. Known as the cradle of Western civilization and the birthplace of democracy, Athens is also home to the Parthenon. The modern aspects of the city are also popular and a draw for countless thousands who travel to Athens, Greece. An annual highlight is the Athens Epidaurus Festival, the Greek Festival, which is always in a variety of venues and includes musical and dance performances from international artists.

Visit the Acropolis of Athens

The Acropolis of Athens is a venue that has thrilled many visitors who travel to Athens. The ancient cit 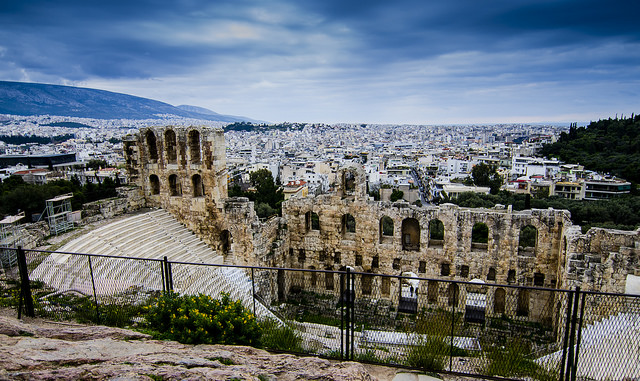 adel is situated on a high, rocky outcrop that towers over the city of Athens. The amazing attraction dating back hundreds of years BC includes several significant buildings, including the world-renowned Parthenon, a former temple and one of the greatest cultural monuments on the Earth. Construction of the Parthenon began in 447 BC, and it was dedicated to the goddess Athena. It is considered the most important among the surviving buildings of Classical Greece and is enduringly a symbol of Ancient Greece. More than a few who vacation in Athens Greece have included a visit to the Acropolis on their itineraries.

Considered one of the world’s first theatres, the Theatre of Dionysus is one of the many sites visited by travelers who visit Athens. The remarkable structure dates back to the fourth century BC but was remodeled many times in later centuries. Located on the south slope of above-mentioned Acropolis, the site was discovered in the 1700s. The excavation of the theatre’s remains commenced in 1838 and throughout much of that century. The theatre is truly incredible, with 67 marble thrones around the orchestra area. The thrones are inscribed with the dignitaries’ names who occupied them. There is a grand marble throne that was reserved for the priest of Dionysus.

Built in 131 AD, Hadrian’s Gate or the Arch of Hadrian is a planned stop for many world-class travelers who travel first class to Athens. It is believed the arch may have been built for the purpose of celebrating the arrival of Hadrian, Roman Emperor, and to honor him for all he had done for the city. Inscriptions on the ancient arch honor Hadrian and Athens. The arch is in extraordinary condition, for being almost 19 centuries old.

When it’s time to book first class airfare tickets to Athens, keep in mind that summers are especially packed with tourists, many of whom are students on vacation. Let our travel experts help you with reservations for a relaxing journey to a city freshly in touch with ancient as well as modern times.